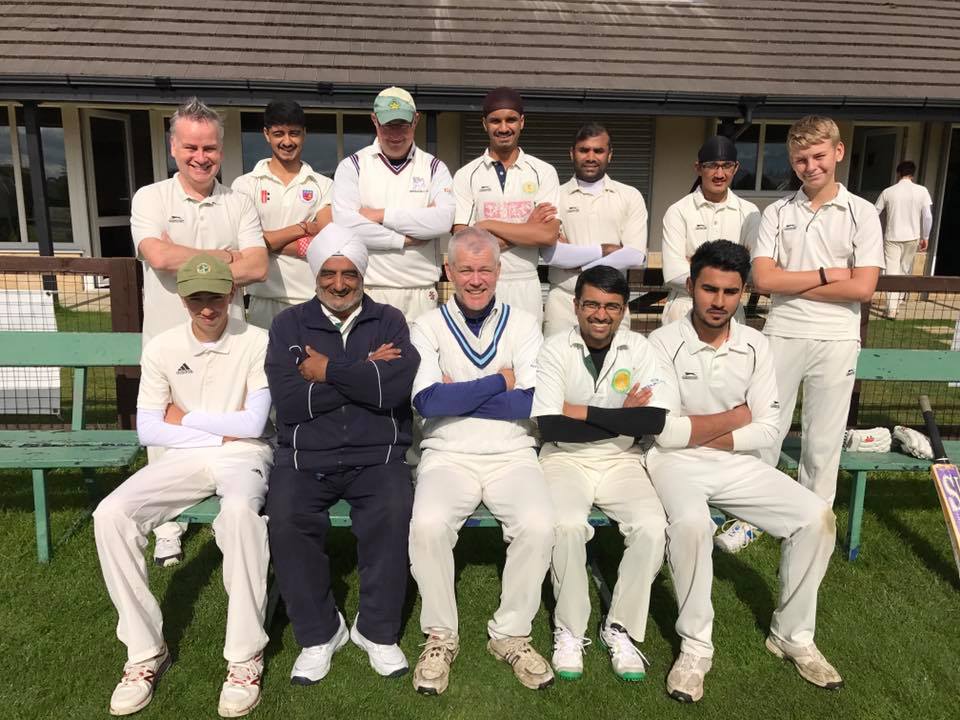 Man of the match: Shared between Sanjeev, Will and Ray
Fielding point: Sanjeev
Rayhaan 5-14, Sangeev 45*, Will 23*

With our chances of promotion having disappeared the previous week, it would have been easy to finish with a flat performance. Instead we produced a level of domination that marks out our progress this year.

Inserting Hillam after winning the toss we immediately began a procession of their batsmen. Whilst Shabby kept it tight at one end, Ray began chiselling out their line up. As prophesised by Mystic Meg Smickersgill, this has been a break through season for Ray. Admittedly when I looked into the crystal ball at winter nets, I was thinking of his batting. This has indeed progressed from attractive cameos to innings of real substance. But the real bonus is his conversion from a slightly erratic spinner to an accurate and aggressive opening bowler. To finish the season with a 5 for (5-12) was an appropriate reward. Ray was aided by two smart catches by Sanjeev.

Elsewhere Adil snaffled four catches to keep him in the hunt for the division wicketkeeping trophy. This is testimony to Adil’s solid glove work but also to the chances our bowlers have created for him all season.

Replacing Shabby, Kuli bowled with pace, bounce and impressive accuracy for someone who has played so little cricket this year. Hopefully we can get a full season out of him next year. His nagging hostility thoroughly deserved the three wickets he bagged.

Another to make huge strides this year has been Will. He has a real cricketing brain and assesses the game with a wisdom belying his youth. He quickly wrapped up the innings with the two wickets he needed to get into the league averages.

There was another bowling performance of note. Having trained assiduously, Jojo bowled an an accurate and disciplined first over in adult cricket. That is a real test and Jojo passed it with aplomb.

Rolling Hillam for 79 was a strong statement of how we want to play next year. The batting like the fielding was a vision of our future; being led by the young. With the minimum of fuss Sanjeev (45*) and Will (24*) knocked off the required runs in 15 overs for a crushing victory.

In a game of so many positives, recognition must be made of Paul’s captaincy. The blend of giving people chances whilst retaining a fierce competitiveness was spot on.

As this is the last match report of the 2018 season I would like to thank all players for the team. We play competitive cricket but in the right spirit.

Thanks as always to Gian for his guidance that has helped improve every member of the team. Thanks to Jason and Sue for scoring and constant support.